The barbel fish-ins run twice a year and are aimed at giving river novices the chance to hook into their first barbel and experience the tremendous fight you get in the flow of a river like the Severn. Each novice is allocated a mentor for the day and the pegs at Atcham are allocated to give them the best chance of a barbel. It's also a great social event allowing club members the chance to meet up and enjoy a chat over the famous BBQ which is expertly run by Bill. 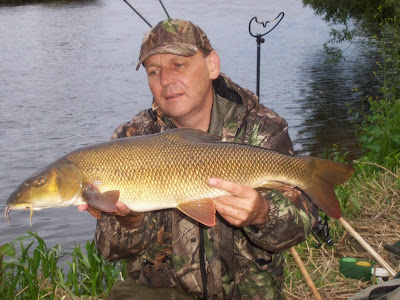 The fish-ins where started by 'Sir' Cliff Taylor some 6 years ago, he has organised the twice yearly event ever since and no doubt encouraged many novice river anglers into this fantastic sport.

After the September 2011 event Cliff announced his retirement as an organiser but rest assured he will be in attendance at future events even if it’s just simply to fish and pass on his experience and enthusiasm for this great species. Here is an extract from Cliffs post on the forum;

“Finally, I’m sorry to say that September’s barbel fish-in will be the last one I run for the foreseeable future. I started the fish-ins around six years ago and they have increased in popularity throughout that time to the extent where they have become a major event in the club’s calendar. But I believe it’s time for new blood, with new ideas, to get involved and to develop the fish-ins further. I have already spoken to a couple of people who have said that they are willing to take on the task and, knowing them well, I am confident they will do the events justice.

My best wishes are extended to all that have attended the fish-ins over the years. I have thoroughly enjoyed organising them and have made many new friends. Special thanks go to Nev Henshaw and Bill Last who have brightened up the day with their fishy tales and humour.”

I am delighted to be one of the people Cliff has asked to take over organising these events and I look forward to the challenges ahead. The fish-ins have provided a great opportunity to get involved in barbel fishing and there are many testimonials to their success on the forum. It allows the novice river angler to ‘have a go’ under the expert guidance of our mentors who freely give up their time to help out plus it’s a great social event and an opportunity for many to put faces to familiar names within the club. 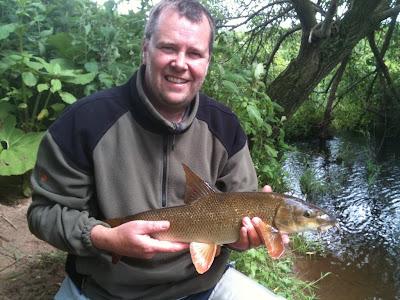 The 2012 events will follow a similar format to previous years and will fall on similar weekends in July and September, there may be a later start time of 12 noon to encourage anglers to fish on into the late evening when barbel are known to be more active but other than that I firmly believe in the old saying ‘don’t fix it unless it’s broke’ The Raven Café will remain as our initial meeting place for a hearty breakfast or you can go straight to Atcham for the traditional welcome and induction session.

The July event will take place on Saturday 21st July 2012 followed by the September event on Saturday 8th September 2012, some members have previously made a weekend of it and stayed over till the Sunday, myself included, but if you just want to have a taste of river fishing for the mighty Barbus Barbus then the Saturday’s will provide you with that opportunity and you may even win a prize, donated by the club, on the day! 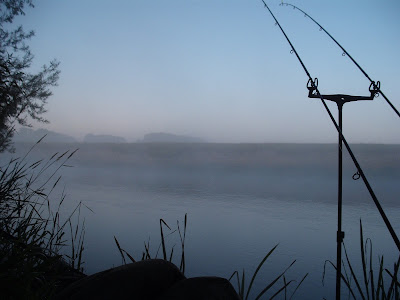 There will be a post started on the forum in February 2012 to confirm the dates and take names for each (or both) events and I will also post all the information on tackle and tips to ensure you get the most out of what promises to be a very enjoyable days fishing. In the meantime if you want to look back at previous events just search for ‘Barbel’ on the forum and follow the fish-in threads.

Email ThisBlogThis!Share to TwitterShare to FacebookShare to Pinterest
Labels: Barbel